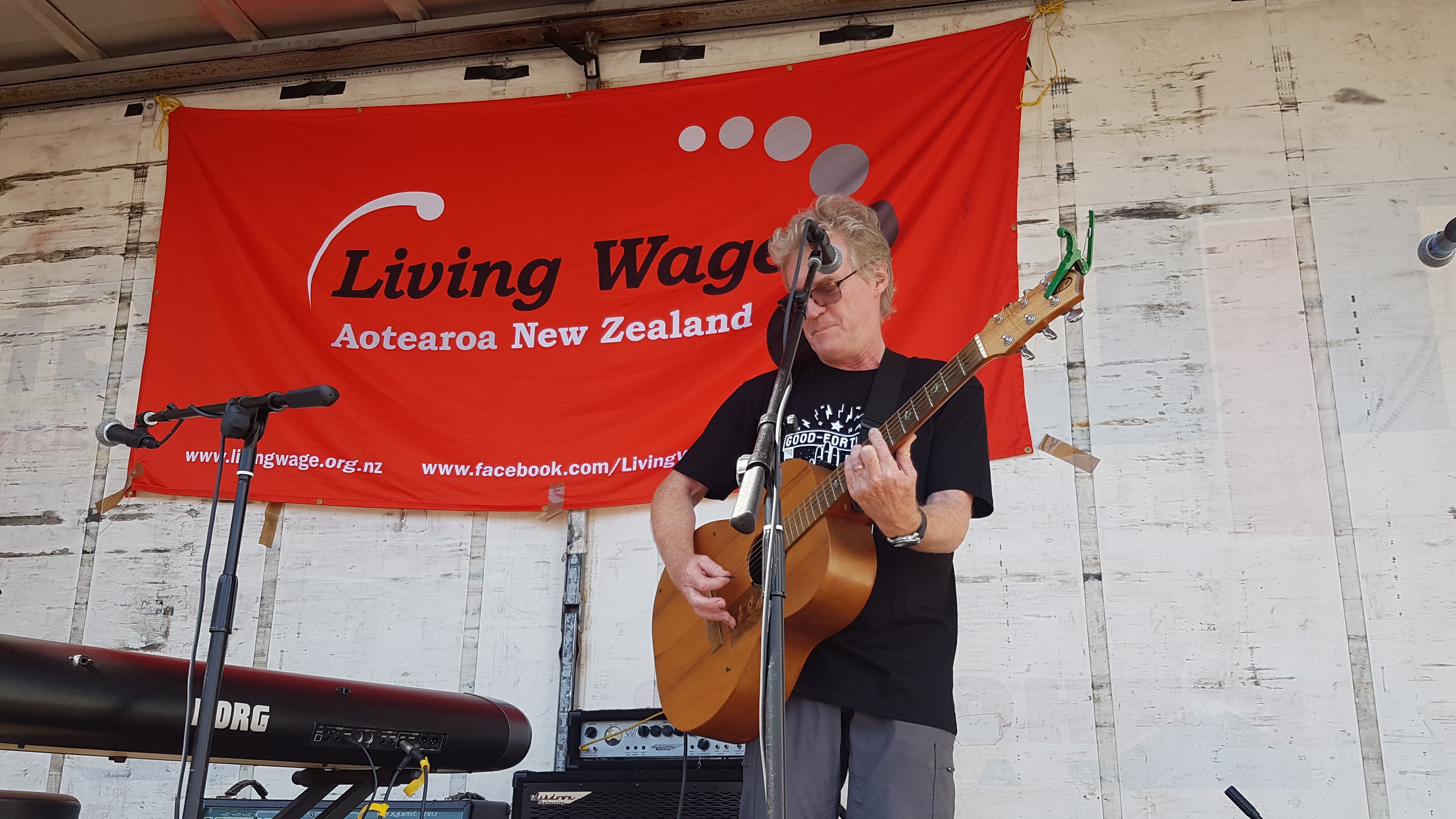 Every year there has been a different line-up of musicians and other performers. On 8 March Don McGlashan headlined the Living Wage stage. Hundreds of people packed out the space in front of the stage and Don held the audience spellbound for around half and hour of his music from the past four decades. Whether it was Claude Rains, I Wish I Was In Wellington or Anchor Me, the crowd loved it.

“In a country as small and well-off as Aotearoa New Zealand, we shouldn’t see the inequality that we see every day – families sleeping in cars, food banks and soup kitchens stretched beyond capacity,” Don said. “A Living Wage is a start, to enable more of us to live in dignity, and contribute to our community as citizens.”