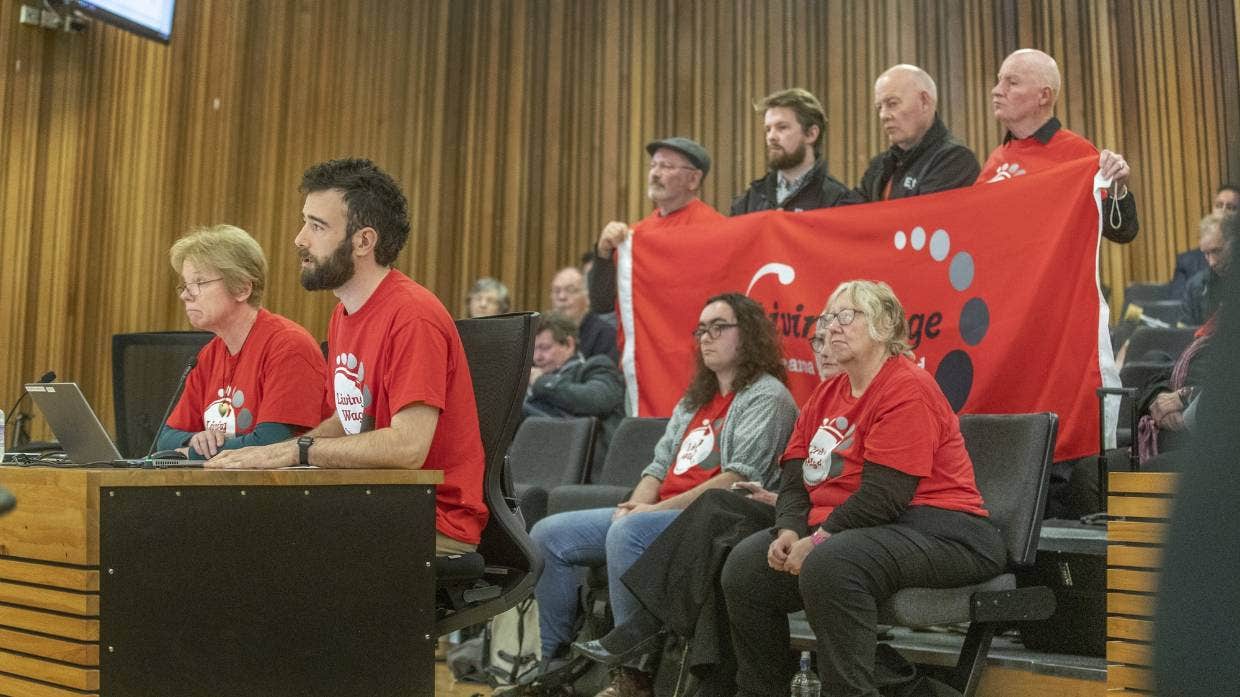 Last year, Kiwis from Cape Reinga to Bluff were deafened by the sound of supermarket operators slapping themselves on the back: Foodstuffs had established a 10 per cent level 4 pay bonus for its front-line workers.

Foodstuffs South Island CEO Steve Anderson gushed: “They deserve extra recognition for their commitment and we’re proud to give it to them.”

In the cacophony of self-congratulation, a quieter sound was almost drowned out. It was Steve’s workers scratching their heads as they wondered: were you also proud of paying us poverty wages for the last 30 years?

In the South Island, most of the essential workers at New World, Pak n’ Save, and other Foodstuffs supermarkets earn close to the minimum wage. What does it mean to raise a family on that kind of pay?

The Living Wage Movement commissions in-depth social research to independently calculate the cost of living, and the rates of pay that let a family live a decent life. The results are simple: the minimum wage is not enough.

Imagine a family of essential workers doing 60 hours a week and raising two children. Our research shows that for them, the minimum wage means constant, grinding deprivation.

Every weekend is a toss-up between time with the kids or overtime to get by. Every pay-cheque is a new trade-off: do they buy healthy food, or save for the dentist? And every year, shelling out for heating in winter means giving up the summer holiday.

Think I’m being dramatic? Just ask the Government. It has to give that family $300 a week in benefits and tax credits to keep them afloat, even though both parents are working hard and doing everything right.

This year, a competition study on supermarkets confirmed what we have known all along: they‘ve got a stranglehold on the market, and they use it to squeeze every cent they can get out of farmers and customers alike.

Even still, Foodstuffs South Island are refusing to pay their workers enough to survive. Instead, they’re relying on government subsidies to keep their workers’ families fed and clothed.

So they aren’t just lining their pockets. They’re also buying labour below-cost, and forcing the Government– the taxpayer– us– to pick up the tab. That’s not right.

But it‘s not just supermarkets. Low wages are everywhere. A quarter of women, along with 60 per cent of Māori and Pasifika, and 70 per cent of adults under 21, earn less than the living wage.

If you work in hospitality, security, cleaning, or in a factory, you already know how widespread poverty wages are. But maybe you’ve got a steady, middle-class job, and you think it‘s not your problem. Well, who cleans your office? What about your children’s school? How much do the baristas earn at your local cafe?

The Government is not just subsidising supermarkets, it’s subsidising low-wage employers across the country, which means it’s also subsidising you. Your clean floors, your flat white, your weekly tipple at the local. And it’s time for you to do something about it.

That’s where we come in. The Living Wage Movement is a broad-based coalition of faith groups, unions, community organisations and workers, all calling loudly, with one voice, for the same thing: a living wage for all.

Together, we’ve made huge progress. We’ve got almost 300 employers pledging to pay a living wage to all their workers, including sub-contractors like cleaners. After a big campaign, we got the Christchurch City Council to join the movement in August, and now we’re pushing ECan to follow suit.

This Living Wage Week, from November 8-14, we’re asking you to get vocal. Talk to your local school board or cafe about the living wage, and encourage your local community groups to become part of the movement.

Speak up for the essential workers who make our lives possible.

Nathaniel Herz-Erdinger is the Canterbury community organiser for the Living Wage Movement.