Living wage rises to $22.75 an hour in September

Workers on the living wage will earn $22.75 an hour from September 1, an increase of 65 cents an hour. 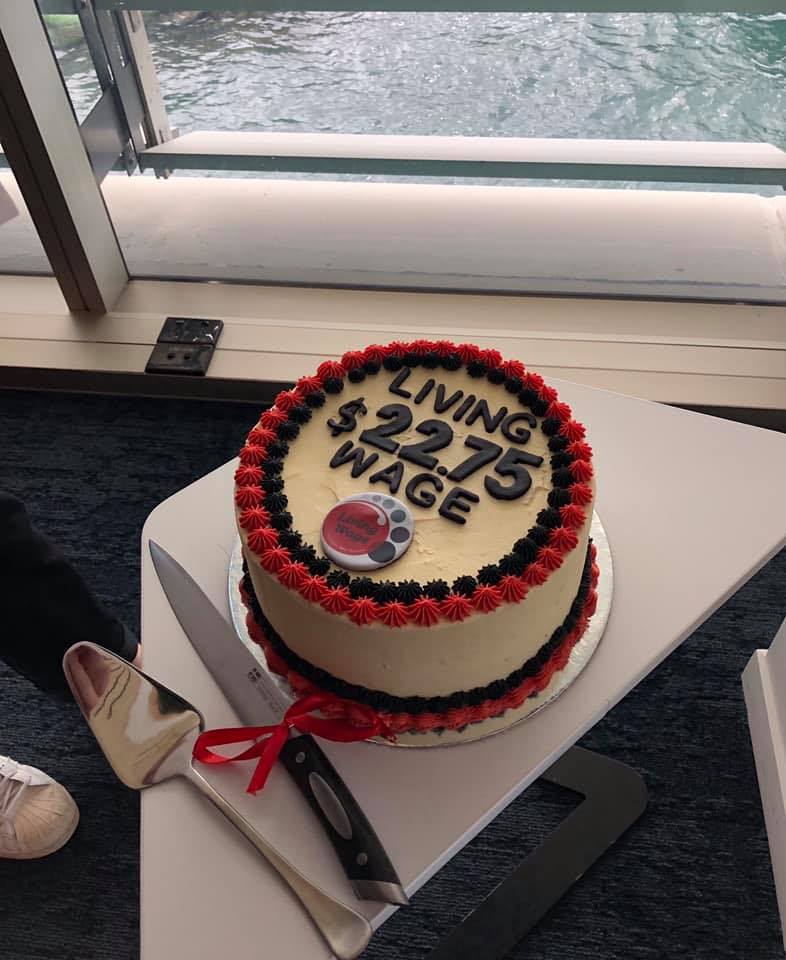 Living Wage Aotearoa announced the updated rate on Thursday, the day the minimum wage rose to $20 an hour.

About 240 employers pay the living wage.

Introduced in 2013 as a way to tackle growing poverty and inequality, the living wage is calculated to reflect the true cost of living in New Zealand, said Living Wage Aotearoa chairwoman Gina Lockyer.

“Today we are celebrating the work done by researchers to calculate the rate, the work done by employers to lift the wages of their workers, and the work of our Living Wage Movement in making it all happen.”

Also on Thursday, a group of living wage employers launched the Principal Partner Council to support the uptake of the living wage in their sectors.

“Our movement is made up of community organisations, faith groups, and unions who have been putting in work on the ground. Having employers also pick up the mantle is a real sign that positive change is on the way,” Lockyer said.

Often companies focused more on their environmental impact, and less on their social impact.

“Financial wellbeing is an important part of overall wellbeing, and we know many New Zealanders either don’t have enough money to get by, only just have enough, or have sought help in the form of food, clothes, or money from an organisation, such as a church or foodbank,” he said.

Big businesses typically paid people more than the living wage, but the key with accreditation was its impact on regular suppliers and service providers, not the company’s own workforce.

“For us it was a journey of changing our procurement philosophy, which is a good thing,” said Vernon.

“I was open with the team in terms of saying, this is going to cost us some money, and we’ll have to make some changes, but I’d like to think the people who come and clean the bathrooms and clean the rubbish bins and provide other services to us aren’t essentially working poor.”

The cost to the company was “thousands and thousands of dollars”, which meant some changes after consultation with staff.

“We had a pretty long-running history of a staff Christmas party which cost us quite a lot of money - we don’t do that any more.”

A lot of procurement was done by central government, local government, and big businesses - which had focused for decades on driving down costs - and those organisations had the biggest ability to drive change, he said.

“I think it’s unjust to go to a person running the cleaning company or the security company and say hey, sort it out.”

The living wage had been hugely influential in lifting the minimum wage, said Waldegrave.

“The living wage has a logic about it, and it’s aspirational.

“It’s not compulsory like the minimum wage, but it’s basically saying to employers if you want your workers to be able to have a minimum adequate life as a result of working for you, this is the sort of level you need to be paying people at.

“I think the minimum wage should be moving in that direction, but whether it will ever get parity with the living wage I don’t know.”

The wage is calculated to be 68 per cent of average hourly earnings in New Zealand, which were $33.33 as measured by Stats NZ’s Quarterly Employment Survey for the year to June 2020.

Against the Household Labour Force Survey, the living wage is 84.3 per cent of median hourly earnings from wages and salaries of $27.00.

The five-yearly review in 2018 led to a more accurate assessment of items like energy and health costs, which were offset by the Families Package.